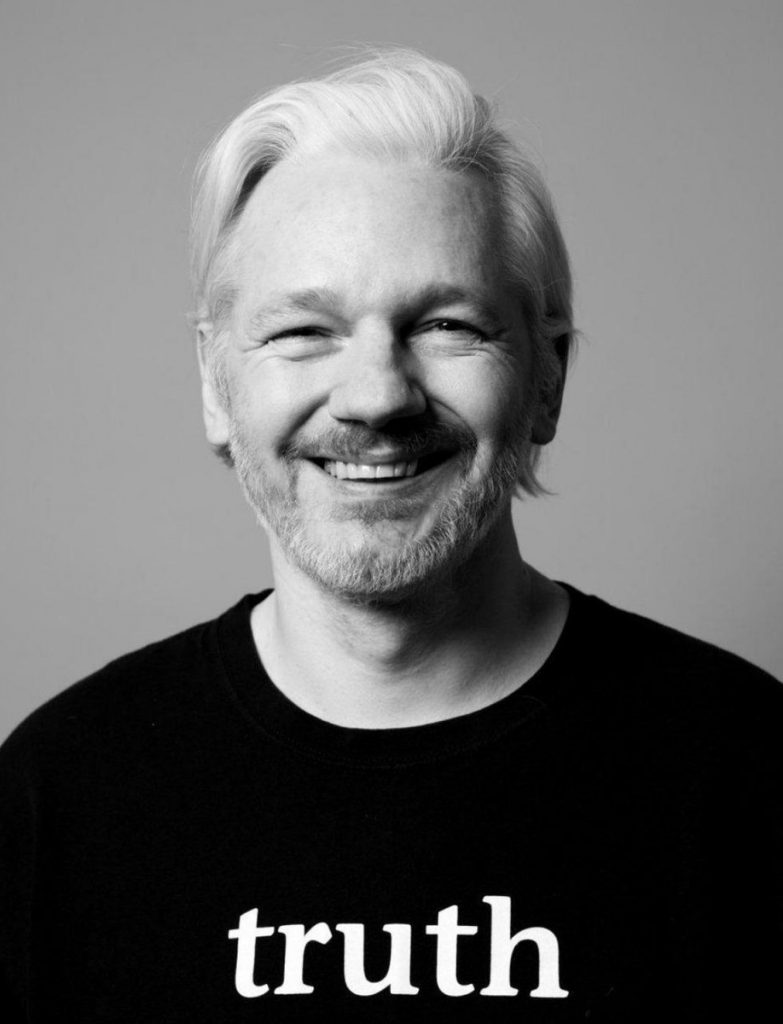 Julian Assange was arrested today by UK police inside the Ecuadorian Embassy in London where he had a been a political refugee since 2012.

He did not “walk out”. In fact, he was carried out by Police.

Ecuador terminated his asylum right in violation of international law.

Let’s fight for Julian Assange’s rights, his life, and with him and Wikileaks for the freedom of the press, and ultimately, for the rights of everyone to live in a hospitable world, where compassion, altruism, courage are key, knowledge circulates in the hands of the people, powers are held in check, and history is no more a story written only by the “winners”.

Because that is what Julian Assange and Wikileaks stand for, what their work has done/enabled/inspired, what we should be grateful for and fight to protect.

UK and everyone must resist !

NO US EXTRADITION FOR ASSANGE, a political refugee, journalist primed with dozens of awards, nominated for the Nobel prize every year since 2010.

PS to everyone who has until then showed reserve in supporting Julian Assange an Wikileaks :

Do not fall and do not let anyone around you fall anymore for the vicious lies and smears that have been going on for years now, looking to delegitimize Assange and WL, and to divert attention from the numerous engineered failures of Justice/ lack of due process in the multiple cases (or absence of thereof) he has been entangled in. Do not get confused: There is the discussion you might want to have about Assange and Wikileaks (the vision, the “motives”, the politics, the style of journalism etc.) and there is the ACTUAL POSSIBILITY of you and others everywhere around the globe even HAVING these conversations, that is, a world where we can be informed, think, have divergent views, write and publish etc. Also, for those of you who do feel concerned about the world but can’t quite get what that “white dude Assange is about”,  bear in mind that social justice fights are not mutually exclusive, that WL even has what could be understood as a meta approach to social justice, empowering many, and that for the causes and people which you do fight for and whom you do care about there is probably a way somehow somewhere WL helped or inspired (have a look here https://wikileaks.org/10years/)