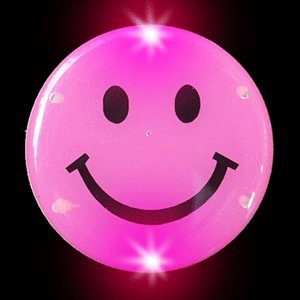 “The time has come to stop blaming bad acid. Now the focus is on spreading knowledge (…)”

The Manual of Psychedelic Support

is “a comprehensive guide to setting up and running compassionate care services for people having difficult drug experiences at music festivals and similar events. The Manual grew out of the work of its original creators at KosmiCare, the psychedelic care service at the iconic Boom Festival in Portugal. Whilst psychedelic care services have been in operation for decades, and have grown in number and in scope in the past few years, a general guide on how to establish and run them did not exist in the public domain, nor indeed—beyond training manuals for specific organisations—at all. We envisaged a work that would address all aspects of such a project, containing material to guide the care service leader, team leads and carer givers, and those fulfilling vital supporting roles (such as psychiatrists and nurses) through the entire gamut of preparation, training, logistics, operations, and the wrap-up of a care service.” 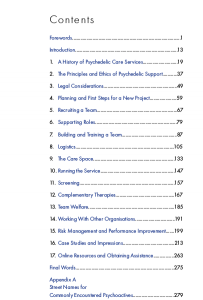 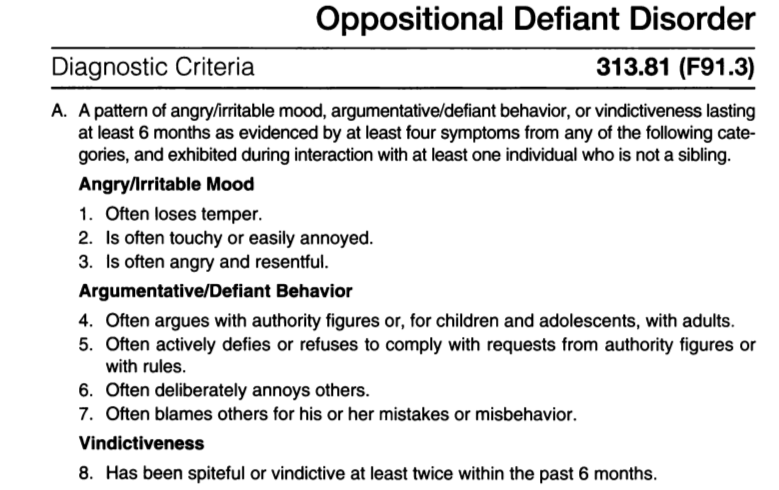 The fifth edition of the Diagnostic and Statistical Manual of Mental Health, a.k.a DSM5, published in 2013 by the American Psychiatric Association, has a chapter of its section 2 dedicated to the diagnosis of “Disruptive, Impulse-control, and Conduct Disorders”. These refer to “conditions involving problems in the self-control of emotions and behaviors”. They are are “unique in that these violate the rights of others and/or bring the individual into significant conflict with societal norms or authority figures”.

Within the disruptive disorders group is the rather irritating ODD, namely Oppositional Defiant Disorder : “A pattern of angry/irritable mood, argumentative/defiant behavior, or vindictiveness lasting at least 6 months as evidenced by at least four symptoms from any of the following category, and exhibited during interaction with at least one individual that is not a sibling”. 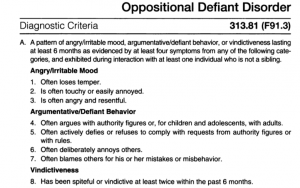 The DSM warns that individuals with ODD will “typically not regard themselves as angry, oppositional or defiant. Instead, they often justify their behavior as a response to unreasonable demands or circumstances.” Also “it appears to be somewhat more prevalent in males than females, prior to adolescence”.

These types could seem like sound, possibly even brilliant, people we like to meet. Some in the profession have spoken against potentially debilitating categorizations.

For psychiatrist Bruce Levine, for instance, ODD is part of an arsenal of diagnoses which pathologize, to better neutralize, anti-authoritarian individuals.

See his “Why anti-authoritarians are diagnosed as mentally ill”, on Mad in America :

“In my career as a psychologist, I have talked with hundreds of people previously diagnosed by other professionals with oppositional defiant disorder, attention deficit hyperactive disorder, anxiety disorder and other psychiatric illnesses, and I am struck by (1) how many of those diagnosed are essentially anti-authoritarians, and (2) how those professionals who have diagnosed them are not.

Anti-authoritarians question whether an authority is a legitimate one before taking that authority seriously. Evaluating the legitimacy of authorities includes assessing whether or not authorities actually know what they are talking about, are honest, and care about those people who are respecting their authority. And when anti-authoritarians assess an authority to be illegitimate, they challenge and resist that authority—sometimes aggressively and sometimes passive-aggressively, sometimes wisely and sometimes not.

Some activists lament how few anti-authoritarians there appear to be in the United States. One reason could be that many natural anti-authoritarians are now psychopathologized and medicated before they achieve political consciousness of society’s most oppressive authorities.”

If mindfulness training fails at reducing anxiety, depression, and treating PTSD amongst the Marines, they will still have the possibility to consult with Ellie, “an avatar, a virtual therapist developed at USC with funding from DARPA, the Defense Department’s advanced research center.” Loopy.

Read: Would You Want Therapy From a Computerized Psychologist ? by Megan Garber in The Atlantic.

MDMA ? Not only PTSD might pass in just a few assisted sessions, but who knows, the whole idea of going to war or exerting violence against other life forms could very well pass FOREVER. More about PTSD & MDMA assisted psychotherapy research conducted by MAPShere.

“This year, millions of people will use psychedelics outside of supervised medical contexts, many of them for the first time. Many psychedelic users are unprepared to tend to a psychedelic-induced difficult experience if one were to arise. As part of our efforts to minimize harm related to the non-medical use of psychedelics, on this page we provide advice for helping someone having a difficult psychedelic experience”

There are “zones” where you can find out if the drugs you’re taking are affecting your hair, skin, sex life… or if they have been linked to violent or suicidal behaviors. There is also an “interaction checker”, and a zone to check if your symptoms are linked to withdrawal from a drug.

Tip: if you live outside of the countries covered, you might not have the same trademark medicine – try entering the name of the active molecule (ex: ibuprofen) 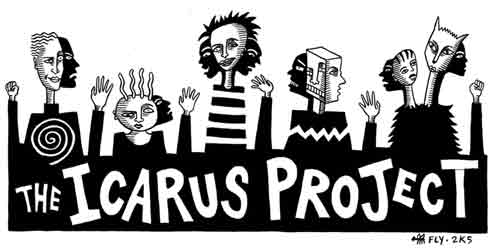 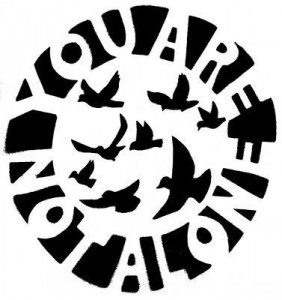 The Icarus Project is a “radical mental health support network, online community, and alternative media project by and for people struggling with extreme emotional distress that often gets labeled as mental illness.” You can read their mission statement, here. Principles like access, transparency, looking beyond the medical, self and/or alternative education, all guide a relaxed yet resolute, diffracting yet convergent, initiative for the well-being of extra-ordinary people. Browsing through their pages you’ll find they provide a lot of resources (articles, forums, etc.) to help one “navigate the space between brilliance and madness”. It will speak to whoever is confronted to “madness” at some point in their life, one way or another, in a world that is constantly LOSING IT in many aspects.

Taking care of oneself or helping someone in a psychological crisis can be tricky. Not everybody is experienced or comfortable in dealing with different, awkward, or extreme states of consciousness. As a matter of fact, many people it seems become clueless when confronted to psychological distress, even their own… Some psychological states are indeed impressive, and some can actually threaten a person’s mental and physical integrity. But with appropriate reactions (often rather simple ones, like keeping the voice down or introducing oneself), informed attention, kindness and clear intentions, a little help can go a long way in supporting recovery or preventing harm. Even better is the care we can provide as a group, attentive, resilient, aware and creative, because it will be more sustainable, and so the recovery or at least the safety of the person will stand more chances too in the long term.

So how to take care of oneself when the mind is troubled ? How to take care of friends, of strangers, of friends who suddenly become strangers ? Breaking the taboo around “madness” in one’s community can be a good start, making a safe space, becoming a bit more literate in psychology / caregiving, aware and confident… By not being afraid to do good ?

Following is a small selection of handouts, information sheets, guides and zines I found on Icarus website relative to psychological care. They are all interesting to read, print, post, share. They can give you insight and clues and confidence. All Icarus Project material is licensed under Creative Commons BY-NC-ND.

“Someone’s personality starts to make strange changes, they’re not sleeping or sleeping all day, they lose touch with the people around them, they disappear into their room for days, they have wild energy and outlandish plans, they start to dwell on suicide and hopelessness, they stop eating or taking care of themselves, or they start taking risks and being reckless. They become a different person. They’re in crisis. The word “crisis” comes from a root meaning “judgment.” A crisis is a moment of great tension and meeting the unknown. It’s a turning point when things can’t go on the way they have, and the situation isn’t going to hold. Could crisis be an opportunity for breakthrough, not just breakdown? Can we learn about each other and ourselves as a community through crisis? Can we see crisis as an opportunity to judge a situation and ourselves carefully, not just react with panic and confusion or turn things over to the authorities? “

“Noticing and responding to symptoms early reduces the chances that you will find yourself in crisis. But it is important to confront the possibility of a crisis because in spite of your best planning and assertive action in your own behalf, you could find yourself in a situation where others will need to take over responsibility for your care. (…) Writing a clear crisis plan when you are well, to instruct others about how to care for you when you are not well keeps you taking responsibility for your own care.”

* HELP GETTING TO SLEEP information sheet

“Trauma (or post-traumatic stress disorder) is the emotional “shock” after a life-threatening, violent event. Anything that makes our body panic and go into a fight/flight/freeze response can leave us traumatized. The effects may be immediate or take time to surface, and can be felt for the rest of our lives. “

Excerpt : “Applying harm reduction philosophy to mental health is a new but growing approach. It means not always trying to eliminate “symptoms” or discontinue all medications. It recognizes that people are already taking psychiatric drugs, already trying to come off them, and already living with symptoms — and that in this complicated reality people need true help, not judgment. It encourages balancing the different risks involved: the harm from extreme states, as well as the harm from treatments such as adverse drug effects, disempowering labels, and traumatic hospitalization.

Making harm reduction decisions means looking honestly at all sides of the equation: how drugs might help a life that feels out of control, how risky those same drugs might be, and the role of options and alternatives. Any decisions become a process of experimentation and learning, including learning from your own mistakes and changing your goals along the way. Harm reduction accepts all this, believing that the essence of any healthy life is the capacity to be empowered.”