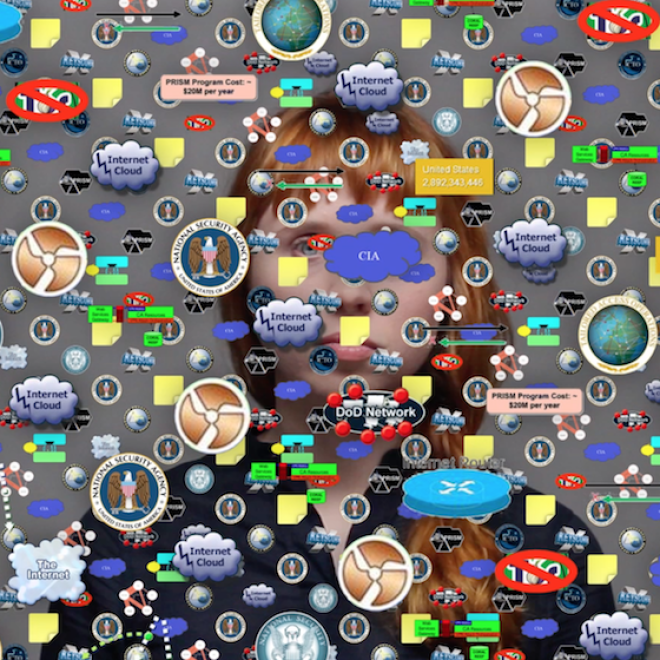 Holly Herndon’s HOME, a love/break up song “for prying eyes” and corrupt confidants/devices. Data rain of NSA symbols in music video by Metahaven.

For my debut album Movement, I communicated an intimacy with my laptop. It is my instrument, memory, and window to most people that I love. It is my Home.

The ongoing NSA revelations have fundamentally changed this relationship. I entrusted so much in my device. To learn this intimacy had been compromised felt like a grand betrayal. Is everything done privately on my laptop to be considered a public performance?

The NSA spying on our network may have been tacitly known from reports going back as far as 2002, but the aesthetics of this surveillance were not so known. Code names, acronyms, icons and graphics from a shadow world designed to never be publicly exposed.

For “Home,” we created a data rain of these NSA symbols.