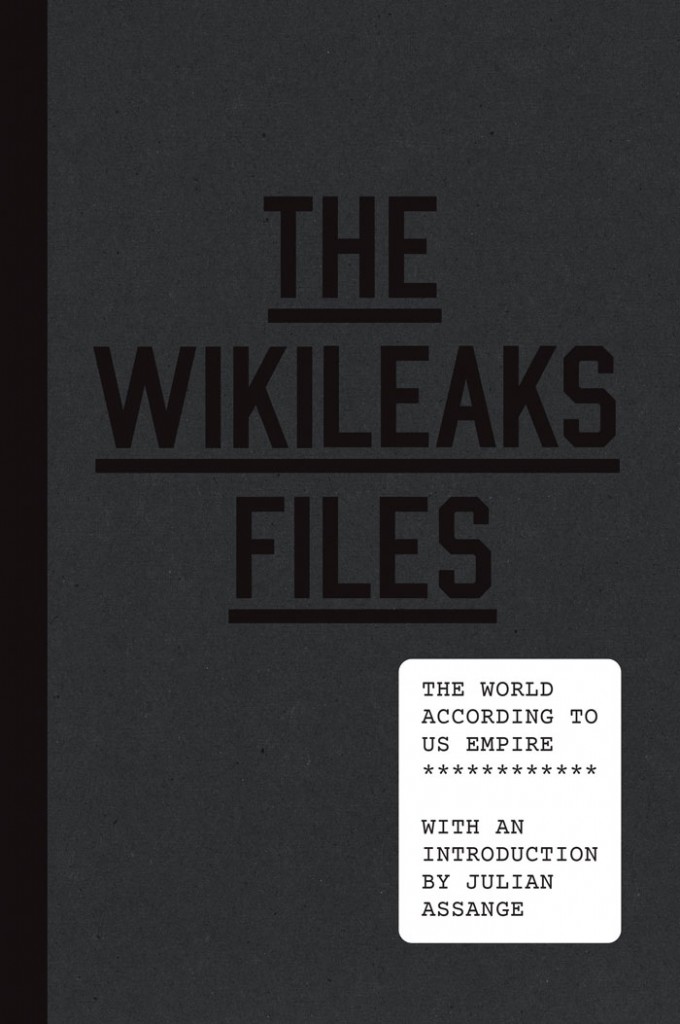 The Wikileaks Files, The World according to US Empire (Verso books) is out !! Julian Assange’s Introduction HERE.

“The WikiLeaks Files presents expert analysis on the most important cables and outlines their historical importance. In a series of chapters dedicated to the various regions of the world, the book explores the machinations of the United States as it imposes its agenda on other nations: a new form of imperialism founded on varied tactics from torture to military action, to trade deals and “soft power,” in the perpetual pursuit of expanding influence. It illustrates the close relationship between government and big business in promoting US trade.”