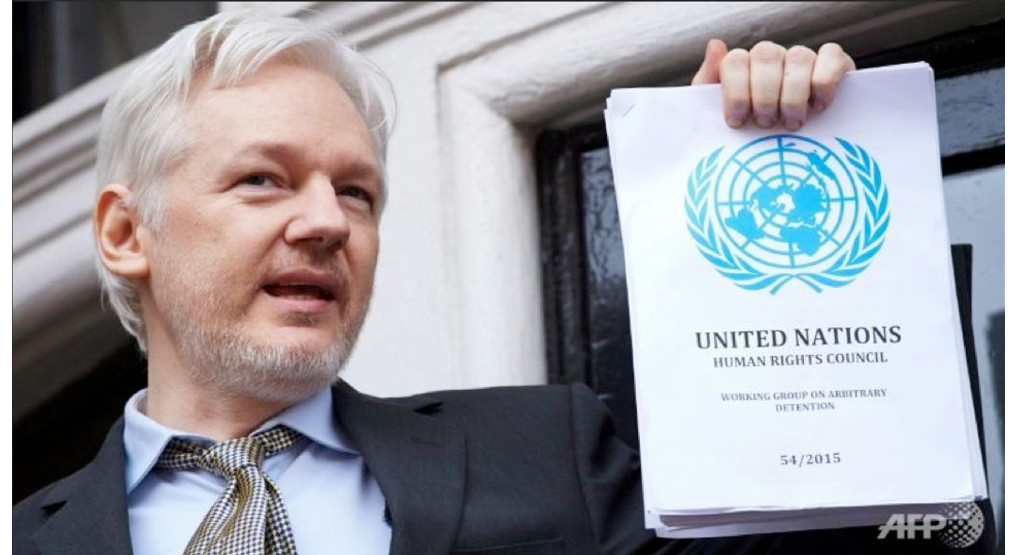 “The UN Working Group on Arbitrary Detention has found that Julian Assange is being arbitrarily and unlawfully detained by Sweden and the United Kingdom; and that he must be immediately released and compensated. More”

>> Julian Assange: What happens to your body when you are indoors for three years ? Kashmira Gander