“SENG’s mission is to empower families and communities to guide gifted and talented individuals to reach their goals: intellectually, physically, emotionally, socially, and spiritually.

SENG envisions a world where gifted, talented and creative individuals are supported to build gratifying, meaningful lives and contribute to the well-being of others. To this end, SENG reaches out to diverse communities that share our mission across the nation and the globe. ” 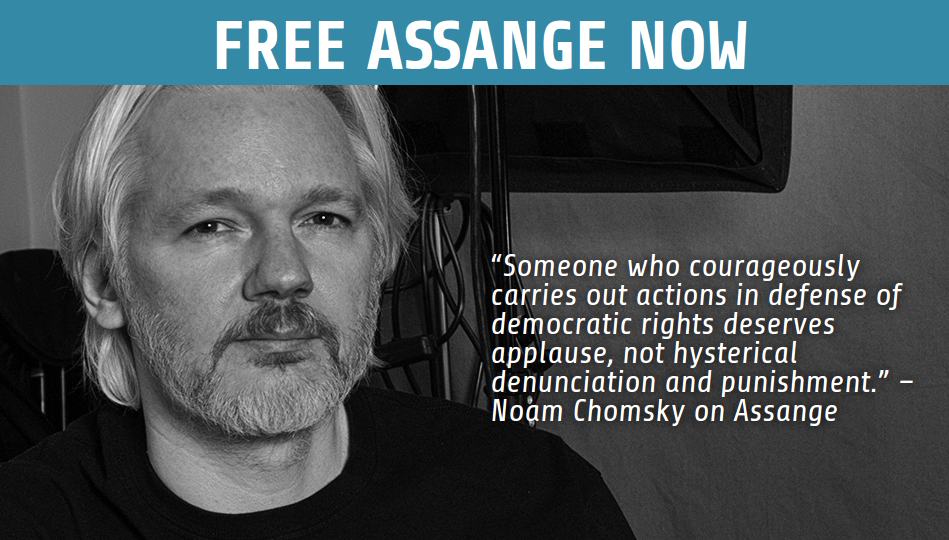 At a recent press conference in Geneva, lawyer Melinda Taylor – sitting together with Baltasar Garzon, head of Assange’s defense team, journalists Sarah Harrison and Kristinn Hrafnsson of Wikileaks – explained how Julian Assange is, in view of the law, effectively detained inside the Ecuadorian Embassy in London, and not a free man willingly imposing himself a detention to avoid questioning on alleged sex offences in Sweden. The threats, very real, are with the US… Sweden and the UK play significant roles in immobilizing Assange… What choice has a man surrounded by a moat with crocodiles, but to stay longer in the castle where he was granted asylum until this right is no longer obstructed and he can fully enjoy it ? 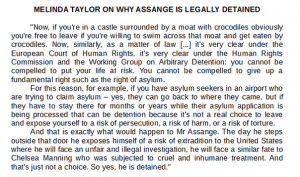 Julian Assange was granted asylum by Ecuador two and a half years ago, not to escape Swedish justice but as protection against political persecution and threats to his life emanating from the US. The US are building an “espionage case” against him and the organization, and public figures there have openly called for Assange’s assassination. Unjust, cruel treatments would be most likely, as we can imagine from Manning’s case and from US practices.

The investigation into him and Wikileaks was confirmed again recently with the revelations that Google has had to hand over to the FBI personal emails and metadata of 3 staffers (see Wikileaks editorial).

Julian Assange, Wikileaks staff and Wikileaks supporters, “the Wikileaks human network”, have indeed long been the targets of an arsenal of strategies essentially devised by the US and its allies to prevent them, and the likes of them now and to come, from publishing troves of truths shedding light on obscure wrongdoings worldwide. Snowden documents have proved this for a fact.

In the same time of the probe into Wikileaks, the alleged sex offences case brought against Assange in Sweden has had him deprived of liberties for over four years, despite still being at a preliminary investigation stage, with Assange not charged with any crime, certainly not rape which he is not even accused of (except by calumniators), nothing, and not trying to escape Swedish justice, contrary to what bad medias have been spinning.

Obviously, Assange’s past 967 dark days stuck inside the Ecuadorian Embassy, and still counting, are the second wave consequence of the multi parties legal struggle  evolved into a deadlock, where Sweden plays the lead stalling role and the UK the watchdogs, and where Assange’s right to asylum granted by Ecuador is obstructed.

Indeed, Sweden is still not giving guarantees that Assange would not be extradited to the US should he travel to Sweden for the investigation, and the prosecution is still unwilling to opt for alternative modes of questioning, like coming to the Embassy themselves. Severely criticized by human rights organizations and the UN, Sweden has recently, by word of a representative, stated that it sees no issues in indefinite detention without charges, confirming that it has, in the words of Assange, “imported Guantanamo’s most shameful legal practice “(see Wikileaks editorial).

Meanwhile the UK, who in the past, has threatened Ecuador to raid their embassy to grab Assange, still refuses him safe-passage to his host country. The Met Police has spent over 10 million tax payers pounds, admittedly sucking their resources, to have their “crocodiles” in place at all times guarding the building in London, ready to arrest and extradite Assange should he set foot outside. The siege has been described by John Pilger as a farce, no less.

An affront to human rights, their seekers and their defenders, and a disgrace to British legendary sense of humour – to say the least – the BBC produced and now airs, a TV “comedy” show called Asylum, in which “a whistleblower and an internet pirate find themselves trapped together under the threat of extradition in the London embassy of a fictional Latin American country.” Seriously ? It should be noted that a writer of this show has called for Assange assassination by the Met Police on Twitter. PUKE, to say the least.

As Assange spends more time deprived from liberties and sunshine, cut from his family, we worry about his health.

Right now despite the tremendous pressures, Assange is well alive and so is Wikileaks, operational, as proven by their continuing publications and brave actions, notably orchestrating NSA whistleblower Edward Snowden’s rescue from Hong Kong, in which journalist Sarah Harrison certainly didn’t lack Courage.

We should not be discouraged either and show support by our means as Wikileaks, Assange and his team stand among those at the avant-posts of the freedom of the press, which they firmly and innovatively defend. Their fate, the outcome of their struggles, is determinant for the fate of investigative journalism, freedom of expression, freedom of thought, knowledge of the world we live in, the fate of people. 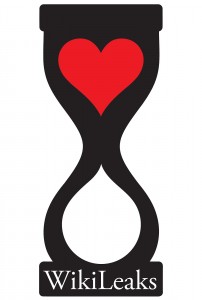 Here in English Fuck Off, Google, chapter from A nos amis (To our friends) latest book by Invisible Committee, dedicated to Jeremy Hammond, among others.

“A week before Christmas, a half-dozen guards at the Seagoville Federal Detention Center pulled me from my cell, handcuffed me, and took me to the hole, where I was processed and put in another cell, before being ushered out and placed in the prison’s receiving/departures section to await transport to a different jail, all for reasons that the administration did not quite manage to articulate. The act of suddenly transferring inconvenient inmates is referred to as “diesel therapy.” I noted a few months back that CIA torture-leaker John Kiriakou, who’s also been putting out a column from behind bars, reported being threatened with identical treatment after writing about prison administration misconduct. I, on the other hand, have been the very picture of discretion; it’s not as if I had publicly revealed, for instance, that Thompson, the pudgy white officer at Seagoville known for yelling incoherent threats at black inmates during evening prisoner count, and sometimes even locking them in the showers, is openly affiliated with a Fort Worth gang. So, frankly, I am a little hurt.”

“The most obvious form of prison exploitation in the federal system is UNICOR: Federal Prison Industries, more commonly known as the military sweatshop in nearly every institution. It’s a quasi-public corporation that produces everything from armor plating and camouflage uniforms to office supplies. Because they are not bound by pesky things like minimum wage laws, they are frequently criticized for cutting prices and outbidding other free-world competitors for government contracts. The UNICOR here at FCI Manchester employs hundreds of prisoners sewing all-purpose combat uniforms used in Iraq, Afghanistan, and elsewhere. UNICOR is the highest-paying job on the compound, taking home $50-$200 a month.

In addition, because the BOP does not want to pay for additional officers, prisoners maintain nearly every aspect of the institution ourselves: cooking, food, washing dishes, cutting grass, mopping floors, fixing plumbing and electricity, and so forth. This means that , fortunately, there are other jobs available if you do not want to participate in the imperialist genocidal “war on terrorism.”

READ “There’s nothing wrong with a little get-back : Jeremy’s stay in SHU”

Find out about and Support Jeremy Hammond